Dismantling follows the same procedure whether the techniques of ‘early striking’ are followed or not.

Primary beams and infills may be removed by striking the drophead wedge while the primary head of the drophead remains in contact with the concrete, the striking of the wedge allows the beams to drop about 115mm only giving sufficient clearance for the removal of the infills.

Where the advantages of ‘early striking’ are taken or not, complete safety in dismantling operations is ensured as primary beams and infills cannot fall to the ground but after striking, must be removed manually.

To assemble K-Lock scaffolding & Decking remove the drophead assembly from the jack at one end and connect it to the beam. The completed beam with its drophead can now be raised and dropped over the jack. 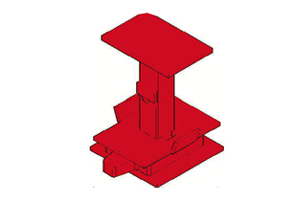 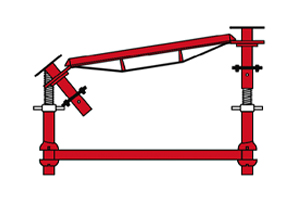